The Inductive Psychoplasty for Paralysis-
Inventive work done by Dr.J.P.Singh

This invention is related to the concept of that if a normal person may become paralyzed through hypnotic suggestions then why not a paralyzed person may regain his normal body strength in a similar way.

The world-wide practice of hypnotherapy so far has been for the management of psychological disorders.

At first, I learned and practiced hypnosis merely to entertain peoples; it began purely as social entertainment of my friends and relatives. When I used to hypnotize some persons and put post-hypnotic suggestions during  trance that “feel you are now unable to move your left arm and left leg”, I would find that even after regaining consciousness, they would not to move his limbs like paralyzed. I observed this very seriously and carefully, along with everybody else were surprised about it. In the course of my practice, I developed an idea that if a normal person may become paralyzed through hypnotic suggestions, then why not a paralyzed person may regain his normal movements in a similar way? 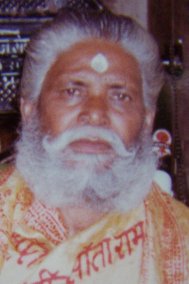 Once in my native village there was a 65 years old person, named Shivmangal Prasad. I was closely related to him. This gentleman had suffered from cerebro-vascular attacks (stroke) and was paralyzed thoroughly the right side. Thus he was unable to move and feel sense in his right limbs from last three years. He had been handicapped and was unable to stand and walk. I felt bad about it, but did not know how to help him.

Then one night I had a dream that I am standing in front of him, I raised my right hand towards him then from my palm divine rays began to flow in the direction of that man. After this, surprisingly he got cured and standup immediately. When I woke up, the dream was very clear in my current of memory, I tried to understand the meaning of the dream. I felt that perhaps, I could help/heal that person through hypnosis.

According to inspiration received from dream I decided to hypnotize that gentleman and tried to give suggestions which encouraged and enabled him to regain sense and movement in his paralyzed limbs. During the course, very surprisingly he got improved up to a great extent such as he felt normal sense in his limbs and became able to move them. This event manifest the beginning of my practice. In this way, I could discover a significant grand scope of Hypnosis in the field of Neurology, especially to treat the paralyzed patients, even they might have diagnosed incurable.

Therefore, I started applying hypnotherapy to treat the patients suffering from various types of paralysis and neuro-muscular and neuro-psychological disorders. Later on I developed this method  as inductive psychoplasty technique.

Human brain contained of about 1000 trillion cells or neurons. It works like a computer’s hard disc, where memory and processing setup both are configured therein. The cells or neurons are like clusters. Entire function and movement of the body is configured inside the brain map, it allocates in particular sites. These particular sites are liable to produce particular activities or movements in the body. If any particular drive (site) becomes damaged then concerned programme will not work. It is like a partial paralysis. Likewise same feature occurs in the brain. The clinical condition of paralysis is caused by partial damage of brain sites.

Any muscular movement and sense feeling is proceeded by the brain. Brain cells are regularizing these activities. If I desire to move arm, the certain site of brain which regularizes this particular movement becomes active and produce transmission accordingly, it will produce the arm movement. But in the case of paralysis the brain cells made damage, consequently the function turns sustained.

The Advantage of Brain Cell Plasticity-

In fact brain cells are not made of plastic like material but they are working in a group of networks. While we start to learn any new skill, at beginning, we experience difficulty, but after some practice it becomes easy and comfortable due to brain cell plasticity or rewiring made among neuronal networks. After some days practice, brain develops a network amongst those parts of the brain who are required to perform the certain skill, this phenomenon is known as plasticity of brain cell, where brain made change slightly its physical connectivity with other neurons.

While brain interacts with any new learning aptitude it opts and frames some new networks. Brain’s ability to change of this type of rewiring is called– plasticity of brain, neuro-plasticity, cortical plasticity or cortical remapping. This is a natural phenomenon.

When we start learning, brain develops easier shortcuts to the network of neurons concerned. Several times, in our daily life we take advantage of this phenomenon. While we start any drilling exercises the brain forms the shortest, easiest and effective neuronal networks to perform the best quality of output. It means, active drilling exercises are also motivate plasticity.

A paralyzed patient, who consciously wants to move his arm and wants to come out from disability, he tried to do whatsoever was possible but he could not move his arm.

But the same patient while his brain frequency was running scale-down in between 10 to 7cps, has suggested to move arm; he tried and moved it well. In the previous session, conscious mind was active so that patient was unable to move arm.

According to Canadian psychiatrist Norman Doidge– “Neuro-plasticity is one of the most extraordinary discoveries of the twentieth century”. The brain plasticity has been proved their great importance in the field of learning and neuro-rehabilitation.

The condition like head trauma or stoke are reported brain cell injury. The plasticity happens start through synaptic firing inducted by the thoughts and desires of person. When brain receives enough strong input desire's stimuli then it creates alternative neuronal network made by healthy neurons that take-place the duty and function of damage one.

The brain itself try to made recovery of damage sites by forming new connectivity between healthy neurons with the help of Glial cells. It happens when enough excitory induction will available. The brain can receives inductions by the rigorous physical exercises or it may be imposed by scale-down frequency suggestions.

The modern studies say that the traditional brain map is needed to be reviewed and modified, because plasticity allows the nearby cells to work as proxy of damage once, proxy cells are getting engaged from out side of traditionally represented area of map.

The brain retains capacity of plasticity throughout the life but it appears greatest on young age, it decreases along with aging up oldest. Neonatal and children grow gradual with this capacity. Sometimes it depends on the mental, physical condition of the person also.

The study of the brain is known as Neuroscience. The Neuroscience is yet their under developing stage. At today the brain function at every level from the molecule to the psychology is not well known.

In spite of this the old concept and myth that the brain can not grow new cells or regenerate old ones has now been found false. Neuroscientist observed the privileged brain areas where brain cells grew. The neurogenesis located at dendrite-gyrus, hippocampus, olfactory bulb and subventrical zone in the human brain. The hippocampus is concerned in learning and memory and subventrical zone is concerned in the production of cerebrospinal fluid that helps to protect the brain and spinal cord. Likewise the current researches are going on to locate other parts of the brain where genesis of neurons or glials may be occurred. Some studies claim possibilities to reveal in cerebellum also.

Data Processing in the Brain-

The phenomenon of data processing in the brain is very reticular. Neuroscientists have developed motor and sensory maps of the human brain. With the help of brain maps now it is easy to pin out the certain area of brain which is responsible to produce motor function and sense of the particular part or area of the body. The dominant hemisphere signifies comparatively more activeness than dominated. 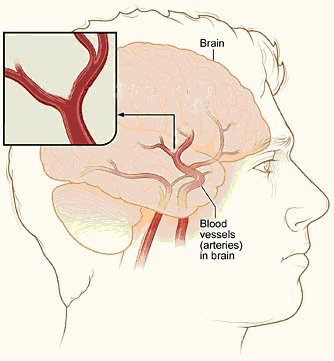 There are various known and unknown causes of brain cell death and damage. One of them is disuse decay that happens naturally after adulthood. Unused cells lose contact links with axons and synapses and develop disuse atrophy. They become reluctant about sensory impulses and persists deterioration.

It is well known fact unlike other cells of the body the brain cells survive life long except might not be damaged by pathologically, physiologically, physically or traumatically.

The brain cell injury featurised by the following  symptoms, depends on the area of brain where and how much it is affected -

What is the prognosis-

Most people with minor brain cell injury completely recovers within a few days. But serious injury may be developed as permanent disability, paralysis, coma, persistent loses of consciousness or death.

In case of serious brain cell injury patient should be hospitalized and start life saving emergency treatments at initially. Then try to find out reason of brain cell injury with the help of pathology, FMRI, SPECT, PET scan, CT Scan, MRI, Carotid Doppler Scan, Colour-enhanced X-Ray, cerebral angiography. After diagnosis, curative treatment will start through conservative medicines likewise for cerebral thrombosis or embolism may prescribed thrombolite drugs, for prevention of clotting give blood clotting preventive drugs, for hemorrhage bleeding give antihypertensive drugs, for arteries inflammation may be given carito-steroids and so on. Then switch up for rehabilitation through physiotherapy, speech therapy or occupational therapy. The treatment and practice will vary person to person as per his individual condition and doctor's advice.

Indication of Inductive Psychoplasty in Paralysis-

There are two types of paralysis- functional and organic. In case of functional paralysis, any significant pathological or organic damage are not observed. It takes place either due to complexity of functional procedure or any psycho-neurological complication. Clinically, pathologically and physically every thing observed like usual. In spite of this, if the patient is unable to move his body or unable to feel sense just use inductive psychoplasty for rapid and safe recovery.

In case of organic paralysis, where any organic damage is diagnosed or observed then it should be treated conservatively. Where CNS disorders are concerning with the brain cell injury and leading to motor functions and sensory involvements the inductive psychoplasty technique will work well.

When scale-down frequencies are running we can produce strong aspiration into the unconscious mind of patient through suggestions. It inducts plasticity that made rewiring in the neuronal network. This induction motivates nearby intact cells to take place of damaged ones. Therefore, it plays a prominent role to reinstate body movements and sense. The aim of inductive psychoplasty treatment is given below-

Rewiring of the new neuronal network of intact neurons.
Utilizing full scope of brain cell plasticity.
To enhance self confidence of the patient.
To use subconscious mind of the patient for clinical purpose.
To enhance the neurotransmission in the brain.
To motivate the patient come out from his mental complexes, fears and apathy.
To enhance and speed up recovery process.

The inductive psychoplasty technique is quite safe and risk free tool. But reluctant and apathetic minded patients are mostly observed difficult to treat. On the contrary patients who are well determined, positive, optimistic, concentrate and suggestive are getting easily significant recovery.